Everything you wanted to know about the constitutionality of Trump's killing Suleimani but were afraid to ask (questions, Todd Berman, answers, Michael Kochin)

Q1. Was the POTUSs ordering the strike on a foreign general unconstitutional or within his legal rights as Commander in chief? Why?
A1. It was constitutional and authorized under previous legislation, as well as within the President's constitutional duty to protect American personnel stationed with congressional approval abroad.
Q2. If it was a violation, can he be held legally responsible perhaps impeached a second time and tried in the senate? If not, why not?
A2. He can be impeached for it even though it was not a violation of the Constitution or the law, just as he was impeached for investigating corruption of Democratic officials and Ukrainian meddling in the 2016 election, which no-one questions are within his constitutional and statutory authority.
Q3. If the order was unconstitutional, should someone along the chain of command have refused the order? If not, why not? If so can someone in that chain be held legally responsible for violating the constitution or carrying through with an illegal order? Why or why not?
A3. Not relevant because the actions were constitutional and lawful.
Q4. If it was constitutional, then is either the Sanders and Khanna bill or the Omar bill restricting funding for attacks against Iran w/o congressional approval in violation of separation of powers according to the constitution? Would the SCOTUS overturn such a law?
A4. Yes, such actions could be prevented by legal change, but such legal change would probably have to include Congress passing a law prohibiting any official US presence in Iraq or disarming the US of any ability to protect such an embassy. Congress cannot authorize a US embassy in Iraq and then deny the President the right (though they could deny the means) to protect such an embassy. I think that Congress is unlikely, however, to withdraw the embassy or defund the Navy and Air Force. The courts will not intervene in any dispute directly between the President and Congress of this kind.
Q5. If restricting the President's hand is legal, is such a law even necessary? Would it be more effective than the Constitution itself?
A5. Laws would be necessary because the US Embassy is in Iraq by congressional action and it would require congressional action to force the President to withdraw it.
N.B. (MSK) Because the President has acted under direct or implied Congressional authorization, the War Powers Act, which every President since it was passed has regarded as unconstitutional, is not relevant.
Posted by Michael S. Kochin at 7:18 AM No comments:

For each book of Aristotle's politics, a movie: 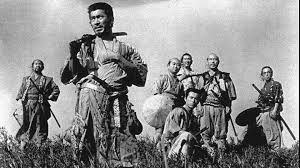 Book I--The Seven Samurai  -- the coming into being of the city, the need for a founder 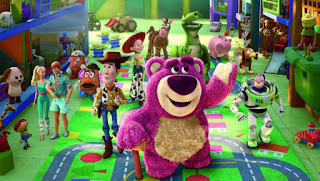 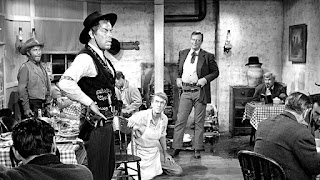 Book III-The Man Who Shot Liberty Valance -- what is a citizen? 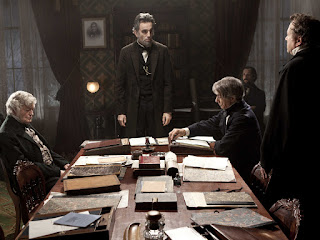 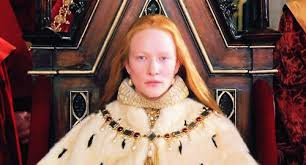 Book V--Elizabeth (1998) -- monarchy and tyranny, and how each may be preserved 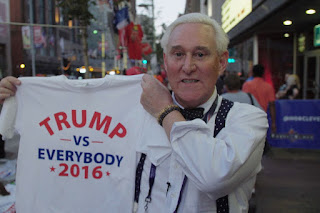 Book VI-Get Me Roger Stone  -- democracy and oligarchy, and how each may be preserved 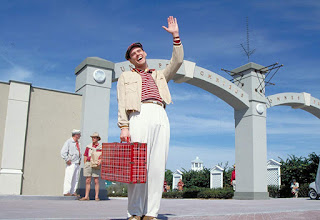 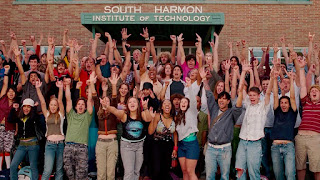 Book VIII--Accepted -- education for the best way of life

Readers can add their own tips in the comments

{My weakest suggestions are for IV and VII. Surely there must be better choices on the variety of regimes and the best city!}
Posted by Michael S. Kochin at 2:56 PM 2 comments:

Put one teaspoon of silan in a Old-Fashioned glass.  Add rum and vermouth.  Stir vigorously.  Serve with spoon in glass.
Posted by Michael S. Kochin at 1:15 PM No comments:

An Independent Empire: Diplomacy & War in the Making of the United States 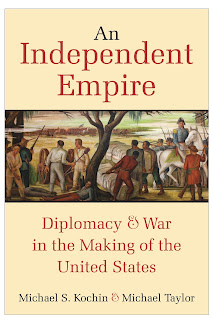 You are alone. You are exhausted, bruised and battered. You have no real friends and you are surrounded by enemies. You have no money to pay your bills, and you have scarcely the means to defend yourself. You have no sure way put your house in order, but you have built this house in a vast wilderness of mountains, rivers, forests, jungle, and desert.
In 1781, at the moment of the British surrender at Yorktown, this was the position of the United States of America. Victory in the Revolutionary War did not guarantee lasting glory; freedom did not mean safety. One false step and this ambitious experiment in republican government would fail forever. So just how, not even fifty years later, had the United States become the undisputed master of North America and the self-proclaimed guardian of the western hemisphere? An Independent Empire tells that tale.
The transformation of a string of rebellious colonies along the eastern seaboard into a military superpower is the most remarkable story of modern political history. Yet this rapid ascension was not the manifest destiny of the United States.  there was nothing naturally ‘great’ about the new republic.
Time and time again, the early United States came close to disaster. What if Benjamin Franklin hadn’t brought the French into the Revolutionary War? What if the Federalists hadn’t forced through a constitution that could bind thirteen states – none of which especially liked each other – into a functioning union? What if ‘Mad’ Anthony Wayne had started a war with the British in Ohio in 1794? Or if the British had taken New Orleans in 1815?
The Founding Fathers and the generation after – Monroe, Adams, Clay, and Jackson – had no safety net. This was a time when Washington, Adams, Hamilton, and Jefferson played on the global stage. At every turn, they were faced with problems that spelled life-or-death for the United States.
Somehow, the Americans got it right. How did they do it? They asked the right questions about foreign affairs, the military, taxes, and trade. With skill, wisdom, experience, and no little luck, they found the right answers too. This is the story of what made American great, the first time round.

“Engagingly written, a real ‘page-turner,’ clipped and energetic in its narrative, confident in its opinions, and sensible in its conclusions. Its approach is refreshingly traditional—focusing on individual statesmen and telling political history, quite adroitly—but not insensitive to modern concerns, for example about slavery or about religious and ethnic minorities. It tells the story of American growth and expansion as neither inevitable nor horrible, but as a consequence of numerous choices, some wise and just, others ill-advised or nefarious.”—James R Stoner, Louisiana State University“This is a fine account of American diplomacy and war in the first fifty years after independence for both undergraduates and a popular audience.”—Kevin R C Gutzman, Western Connecticut State University
Posted by Michael S. Kochin at 10:13 AM 1 comment:

Packing and Unpacking the Supreme Court

When to pack?  When to Unpack?  I answer at American Greatness.
Posted by Michael S. Kochin at 1:32 PM No comments:

trollin trollin trollin Though libs' heads explodin Keep those tweets a trollin #MAGA Don't try to understand 'em Just tweet @POTUS - an' brand 'em Soon we'll be living high and wide #MAGA My brain's calculatin My reelection will be waitin Be waitin at the end of my ride #MAGA
Posted by Michael S. Kochin at 3:53 AM No comments:

The contemporary university as a void at its center.  Jordan Peterson thinks he is the man to fill it, as I explain at American Greatness.
Posted by Michael S. Kochin at 6:52 AM No comments:

An Independent Empire: Diplomacy & War in the Making of the United States